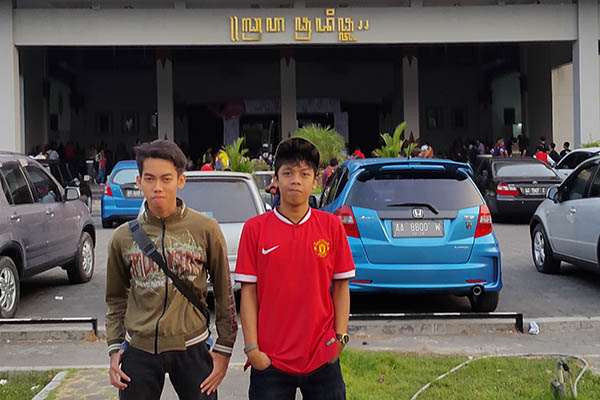 Write about a friend who never left your side 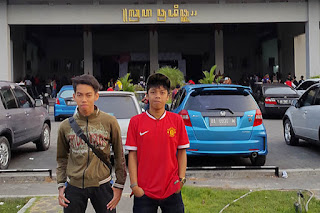 I don't have that many close friends, even today. I don't think anyone will stay, everything will go away and that's normal. Life is about getting used to all circumstances, including those closest to you who will inevitably start to drift away. People come and go, but life goes on.

By the way, for today's topic, I will tell one of my friends, Firman. We've been friends since middle school. This friendship is not because we are classmates, but maybe because we have the same hobby, which is playing online games in internet cafes (warnet). As I remember, the games we often play after school are Fifa online and point-blank. Such a quite strange of friendship because of internet cafes and online games. We often have similarities such as the football club we support, that's also what made us once an admin of the football fan page on Facebook that I created. In high school, we were never in the same class at all. But we still join the same extracurricular, karate.

One of the trips that were quite memorable was when we went to Jogja after the exams were over. The Trans Jogja bus that we were riding had a tire burst. In Jogja, we gathered with friends who had already left by motorbike. The experience of going to Jogja after graduating from high school was the first time I went away from home for a vacation without my family, and with only limited knowledge, I could say it was a small adventure.

Actually, there are many stories of us, such as the misfortune of being tricked by an instant noodle seller, going to a strange place, and the misfortune of having my motorcycle tire leaking twice on the mountain when it was almost night. Too much to tell in this one post.

What we did when we returned to Bumiayu was play football. There is a football field behind the word house. It seems football is the common thread of our friendship. I could say that 80% of our conversations are about football. Such a unique friendship, we rarely talk about personal things but more often about football and other hobbies, sometimes also about political views or the stupidity of trending netizens. But because we rarely discuss personal matters, maybe that's what makes our friendship still fine so far.