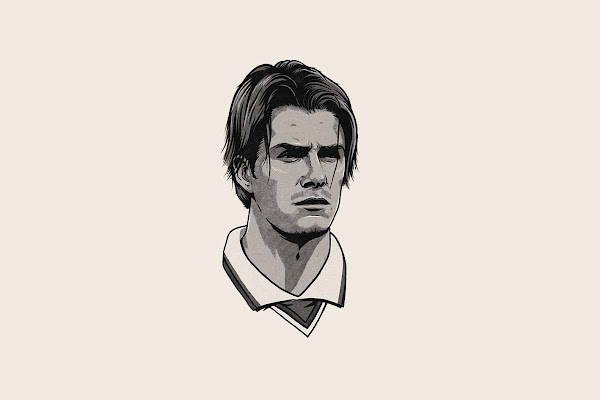 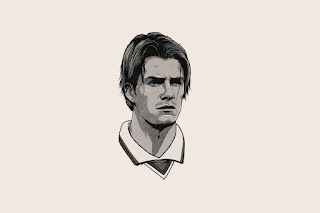 This is the first post of 2023. It feels like 2022 went by so fast. And I didn't realize that number 22 already had to be put away and tied by number 23. Anyway, I've always liked number 23, not for one reason but for various reasons that I was confused to explain.
23 became my favorite number when I first loved and followed football. That was when I used to play FIFA on my computer and lose track of time. Manchester United was my favorite club in the game, and David Beckham was my favorite player. At that time, Beckham moved to Real Madrid and became the most expensive player in the world. I was a bit disappointed, but I still followed Becks at Real Madrid. He wore the number 23 jersey, which is how I first came to love the number.
For me, Beckham is a player who not only relies on skill but also on intelligence in analyzing the match. The passes he gives to his teammates always show that he is a player with good vision. His passing technique and accuracy can also be considered high for a professional player. I even imitated the way he kicked, which was always swinging my left hand before the ball touched my right foot. 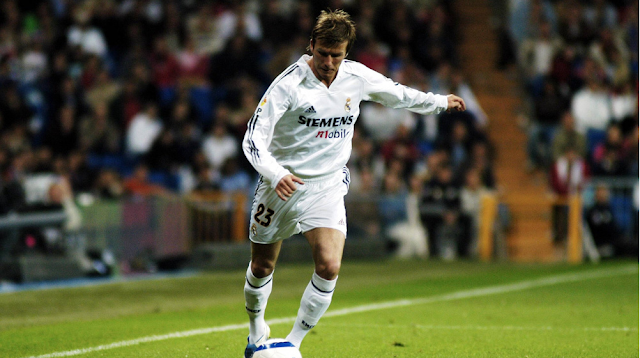 Beckham made an unpopular decision that was very unfortunate for fans and even soccer observers, namely moving to the L.A. Galaxy. Apart from the fact that MLS is a league whose prestige is very far behind that of the Spanish league, soccer is also not a popular sport in the USA. Beckham was even willing to cut his salary by 70% (from $20 million to $6.5 million) in order to join the team. Crazy, stupid, and ridiculous were the football news headlines about him at the time. But that's the media, they just want to make information that brings in traffic by ignoring the full information.
Blasphemy and criticism continued to be received by Becks because of his decision. Finally, Beck silenced them all. He was willing to lower his salary and join MLS for a reason. There was a clause in his contract that made Becks the richest soccer player. It was a clause regarding the percentage of rights he would get from the club's total revenue, such as merchandise, tickets, sponsorship, and even hot dogs and beer sold at matches. This tremendously increased his income. A smart, careful, and calculated move. In the end, the risks Beckham took by stepping out of his comfort zone allowed him to turn his revenue from $6.5 million to more than $500 million. However, MLS also benefited from it, attendance, TV rights, and ratings all increased. It was a win for Beckham, his club (L.A. Galaxy), and also American soccer (MLS). 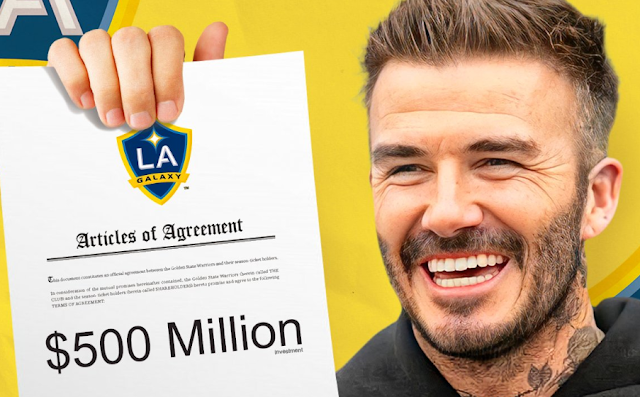 Back to the main topic, which is number 23. At L. A Galaxy, Becks used jersey number 23, and that makes me even more convinced that number 23 was a very special number. The number 23 Beckham was strong enough to prove to the world that things they saw were not completely the same as reality. It was also a legacy of Beckham's success in winning his career, even had a positive impact on all those associated with him.
In the year 2023, I wish I could follow what Beckham has done. I don't mean exactly the same because that would be impossible. But at the very least, the decisions I make this year will result in something that makes me win and has a positive impact on many people.
Agus Tyar Januari 10, 2023
Related Posts
Coretanku
By. Agus Tyar On. Januari 10, 2023
Load comments
Posting Lebih Baru Posting Lama