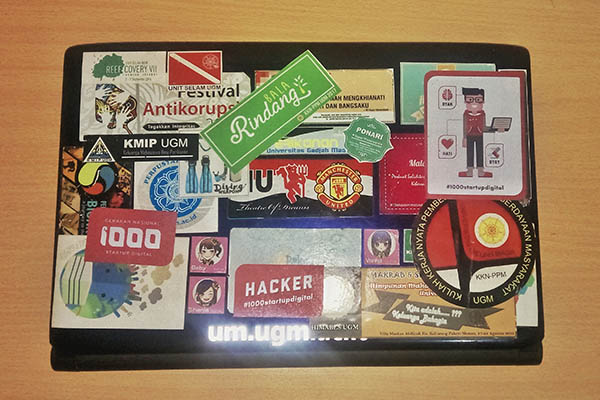 Write about the three most important people you’ve ever met 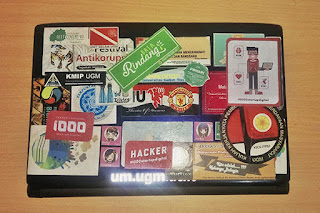 Approximately there are hundreds or even thousands of people I've met throughout my life. Some are still interacting, some have disappeared somewhere. If I had to write down the 3 most important people I've ever met, it might be a little difficult. But I will try to remember it. I will not write my father, mother, or siblings because I have met them since birth. For me, the definition of an important person who has ever met is a person who can shape who we are today. Here are some people who shape my interests, point of view, or hobbies right now.

He is my cousin, the one who first introduced me to computers. Before I entered elementary school, I was familiar with computers through him. Pentium 1 computer where the CPU design is like sleeping (horizontally elongated ). I like to play at his house because I can play some games like Tarzan, Roadrash, virtual cop, Need for speed, or other old games. When most of my friends want to have a PS (Playstation), I actually want to have a computer of my own. Finally, I was able to have a computer when I was in 3rd grade of Elementary School. All games installed on my computer are from him. Together with him, I learned to tweak the computer such as upgrading RAM to be able to play much more games. When something goes wrong with my computer, he is the first person I turn to for help. I remember the past experience when I love to play the 2002 FIFA game, I played the game almost all day. Until finally my computer monitor smoked and exploded. My interest in the field of computers and technology cannot be separated from the influence of Mas Aji.

Afnan's house is only about 5 houses next to my house. We've been friends maybe since I wasn't in elementary school. Like childhood friendships in general, we made a lot of foolish things with other friends. Afnan's house is quite large, so often my friends and I gather there. Fights, we have done at that time. A child always wants to look strong, but in the end, yes, we are friends again and forget what happened before. My passion for football is also thanks to my friendship with Afnan. Almost every day after school we play football on the field near our house. Even on holidays, we and other friends can play football until midnight. Other things like watching football matches together and playing PlayStation games, especially football games, make football something I have always liked, even now. Me and him grew up together on the pitch to play football. It became the thing that influenced my hobby until now.

During my study in Jogja, one friend who was there from beginning to end was Faiz. Almost all the courses that I take are always equated with him. Including being a laboratory assistant, almost always together. So it's no wonder some people often mispronounce our names, often confused. Though physically very different and there is no resemblance. Our togetherness continues even to do research and final project, we are one supervisor and one research topic. Faiz and I are people who always sit at the front of every class. Not because we want to look smart, we think that sitting in the front has many advantages. We were able to focus more on listening to the lecturer, even without taking notes on the day's lesson, what was conveyed by the lecturer could easily understand by us. Even so, there are some disadvantages when sitting in the front, such as not being able to sleep, not knowing the gossip of our friend's circle, or cheating when there is a quiz from the lecturer. Of course, our secret to good grades is that we often sit in the front row. Even though we rarely study, we can often answer questions during exams because of things we remember when the lecturer explains. If I don't meet Faiz, maybe my grades won't be that good.