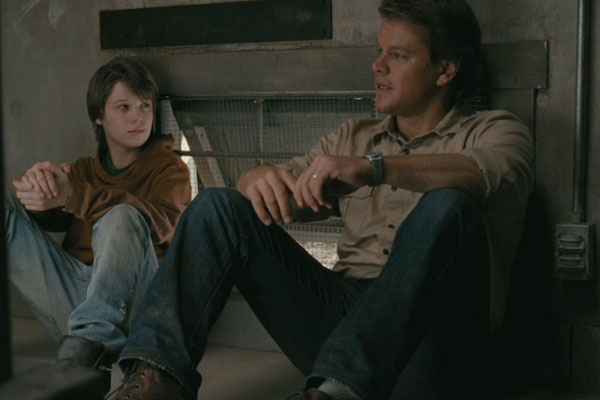 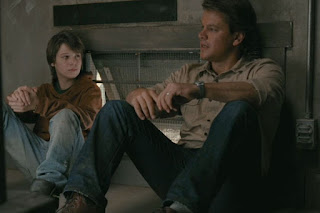 There are many reasons that can change people. The experiences, circumstances, family, friends, or someone special. But also, there are other things that can be changed people such as movies, books, or even songs. I often feel that movies I’ve watched influence me in some way. I never watched a movie that drastically changed my life. Nevertheless,  if I have to answer the question about one movie that changed me even a bit, I can answer it.

"We Bought a Zoo (2011)". This film is about Benjamin, a father with his 2 kids. After his wife's death, Benjamin buys a house with a zoo attached to it. He then takes on the responsibility of renovating the zoo so that it can be opened for the public again. This movie has a lot of heart and it's obvious that the actors had a lot of fun making it. I highly recommend this movie, you have to watch it.

Anyways, this movie has changed my life through a quote said by Benjamin. The scene of that movie that stuck in my head when Benjamin to his son:

"You know, sometimes all you need is 20 seconds of insane courage, just literally 20 seconds of embarrassing bravery, and I promise you something great will come of it."

This quote gave me some energy when I faced a doubt to do something. Sometimes, you are just stuck in doing something or telling someone about your feeling. At this point, you become a person who doesn’t have the courage to handle the fear of failure or other bad possibilities. For me, Benjamin’s quote changed my paradigm in thinking. Of course, I have a lot of possibilities when I take some risk for doing something. Maybe I’ll succeed, or I’ll fail. If I do nothing, I will get nothing. a definite loss. I have to do what Benjamin’s said to his son. Only 20 seconds of insane courage, It’s definitely better than doing nothing. If one day I face a doubt, I'll take my phone, and open the quote from Benjamin that I saved in the note.