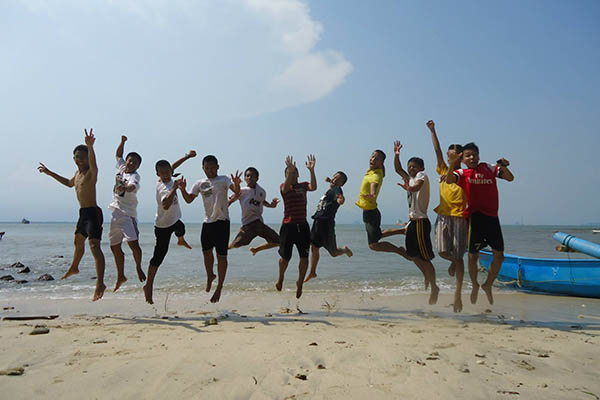 The topic of today's post made me open my Facebook account which I haven't opened in a long time. I rarely open Facebook because I think it's outdated, and many of my friends are no longer active there. But looking at the photos there made me remember many important moments in the past. 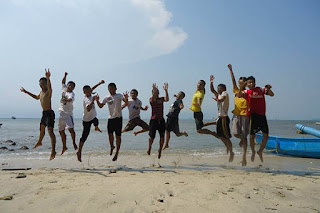 The photo above was taken on May 5th, 2014. After completing the exam, I and my friends went on a trip to Teluk Penyu Beach Cilacap, a white sand beach. To get there, you have to cross the sea using a motorboat. The distance is quite far from the city we live, about 2 hours by motorbike.

We call this group ANTG, an association of high school students who have a shared interest in Scouts, Football, Karate, Rohis, and Wibu or Anime lovers. We were assembled by one of our friends named Anjar, that's why we call this group Anjar and The Gank. It's ridiculous, but that's how we are. Our departure to Teluk Penyu Beach was also without planning, everything was sudden.

That day, we spent the whole day playing on the beach. Play football freely without a line out, then swim on the beach and take pictures together. The photo is very iconic, after we tried several times to re-take the photo while jumping, we finally got the photo. Until now, that photo has become my cover photo on Twitter and I don't think I'll be changing it haha.

I just realized, it turned out that there were 11 people in the photo, even though there were some people who were not included in the frame of the photo. Come to think of it, those 11 people were enough to become a football team. I imagined building a football team formation with those 11 people. By considering the character of my friends when playing football, here is my version of the starting eleven from ANTG FC: 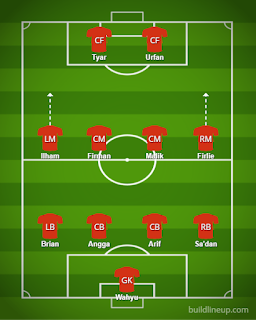